Financial troubles often call for loans, and when people least expect it, these loans turn into debts. As everyone knows getting in debt is way easier than getting out of it, but this doesn’t mean that it is impossible. People often wish they could get rid of their debt all together, but they don’t know the best way to do so. Although there isn’t a way that is simpler than the other, there are a lot of things you can start doing to minimize the pay and start lowering the amount that you owe.

Check out the following options and see which one seems more convenient for you, and use it to start paying off your debt.

When there is a debt, there is a minimum quantity that you need to start paying to avoid generating interests and increasing the amount that is owed. People aren’t expecting you to pay the full debt all at once, so if you have the opportunity, pay the minimum owed in the debt, so that little by little you can finish paying it off.

Having a debt doesn’t mean that you can continue spending your money like crazy. On the contrary, you need to be very aware of the fact that you owe money, and that in order to pay it back you need to spend less. You will pay your debt one step at a time, but not if you continue spending money without any consideration.

3. Pay Off The Most Expensive Debt

If you have numerous debts, focus on the one that has the highest owed quantity. You are going to want to pay that one off first, so that interests don’t keep rising the quantity until it becomes impossible to pay off. Pay off as much as you can from this debt, and if you don’t have the money, pay the minimum required, but make sure you start paying it in order to decrease it.

It might be time to cut back some expenses in order to focus on paying your debt. This is different from spending less, as you are trying to continue paying off things on your day-to-day routine, like groceries, but spending less than you usually should. Cutting back means identifying where your money is going and removing some things from your list while you pay off your debt. For instance, if you used to spend a lot of money on Satellite TV, cut this back until you pay off our debt, and this way you won’t be so short on money.

Often you might be able to compromise with the people you borrowed money from. People always want you to pay, so if negotiating the quantity means you’ll be able to pay it faster, then try to ask for help. Some companies are willing to let you pay a fraction of your debt all at once, in order for you to pay something, rather than continue being in debt for a longer time. 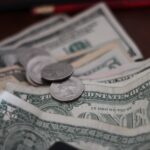 5 Super Simple Ways to Save Money 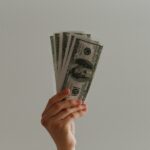 5 Super Simple Ways to Save Money

5 Ways to Save Money on Your Kitchen Remodel